If you’ve been looking for cotton planting, price, and supply numbers, you’ve come to the right place. This is our first quarterly report, but in subsequent quarters we’ll cull stats for our more analytical readers that want to know what’s happening with cotton at home and abroad. These will focus on planting and ginning updates, current cotton price comparisons, and supply and consumption numbers.

The number of acres planted in the U.S. has ranged from 9.15 million acres to 15.27 million acres over the past nine years. Here are regional projections:

A Index (proxy for the world price of cotton)—average of the day’s five cheapest Far Eastern quotations. 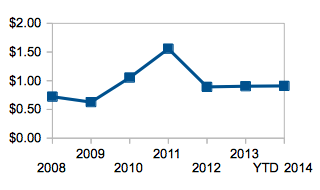 Stay in the Know

Receive product updates and industry news straight to your inbox.

Cotton has a strong record in sustainability. Learn more »

Barnhardt has a strong history of innovation. Learn more »